Join other community-minded individuals in helping to build a connected, collaborative, inclusive and sustainable community. We are eager to recruit directors who have an interest in accounting, risk management, and facilities management to stand for election to the Board at our October AGM. We also welcome interest from those with other skills, experience, and perspective. We strongly encourage candidates from equity seeking groups to apply. For more detailed information read our Board Member Job Description or contact Vanya at vmcdonell@fairfieldcommunity.ca or (250) 382-4604. If you require any accommodations during the application process please contact Pippa Davis, Office Manager, at (250) 382-4604 or office@fairfieldcommunity.ca 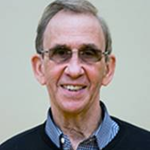 Don can be reached directly at president@fairfieldcommunity.ca

As an advocate for community involvement Don has enjoyed participating and leading organizations in achieving their goals. While working with profit and not for profit organizations for over 45 years in several key initiatives he has developed a strong understanding of the rules and regulations that govern many boards and committees. As a leader of volunteer groups made up of individual personalities and objectives, he has successfully managed challenging goals and budgets and helped to raise close to 2 million dollars for not for profit associations. This experience, coupled with his business background, has provided Don with the ability to work within board guidelines helping to achieve the strategic goals and direction as set by the board.  Don truly believes that understanding the dynamics and chemistry that exists on a board is vital in supporting a board successful outcome.

David Thompson has lived in Rockland and James Bay, and now has settled in Gonzales. He is a small business owner and family man who cares about community. He drives, he cycles, he walks his dog, he has the odd beer with friends. He really likes the FGCA dinners and wishes he could attend more of them.

Bryan Rowley is a graduate student at the University of Victoria and has been working with youth and adults with Autism Spectrum Disorder (ASD) since 2008. He moved to Fairfield in 2015 and is passionate about making the community more accommodating to individuals of varying skills and abilities – for it is this diversity that makes our world an exciting place to be!

Brian has a Master’s degree in Public Administration and a Bachelor’s degree in Sociology, both from the University of Victoria. Brian also has 15 years of experience working in the public sector, his responsibilities have included development of immigration policy, provincial workforce policy, health sector workforce planning and analysis, and managing a skills training program budget of approximately $30M a year. In addition to his work in the public sector, Brian has 10 years ’experience as an educator, designing and delivering courses for the University of Victoria’s School of Human and Social Development and Adult Education Programs. Brian lives in the Gonzales neighbourhood with his wife and two young kids. One of his passions is long-distance trail running, including runs of 200+ miles; as such you’ll likely see him running around the Fairfield and Gonzales neighbourhoods in the wee hours of the morning. Julia has gratefully called Victoria home since 2012, and began living in Fairfield in 2016. As a Registered Social Worker, she has been involved with a number of community organizations and has spent significant time working with individuals in marginalized populations, including various positions within the areas of homelessness, substance use, and disability. She has also spent significant time working in child care, and currently works in Employment Services. Julia is passionate about working with people and contributing to inclusive communities, and is excited to be involved with the Fairfield Gonzales Community Association

Michael has almost fifteen years experience working in technology in both public and private sector roles and holds an MSc in Computer Science from Queen’s University. He has lived in Fairfield with his wife and two young kids since relocating from Ontario in 2014. Michael believes strongly in the work the FGCA does to connect neighbours, build community and provide needed programming for adults and children.

Anna has been developing her love and appreciation for Fairfield-Gonzales since her parents moved to the neighbourhood 22 years ago and she and her husband relocated here in 2016. After completing her Bachelor’s Degree at Queen’s University and two Master’s at Concordia, she spent more than a decade working in the Arts and Culture industry, as a festival organizer and Marketing and Communications specialist, collaborating with both grassroots community upstarts and some of Montreal’s biggest festivals. Anna was then hired as Interim Director of the Centre Culturel Georges-Vanier, a non-profit community arts centre, offering programming similar to the FGCA’s, where she gained invaluable insight into the challenges and rewards of running such an organization from the administrative side. Anna hopes the cumulative knowledge and experience she brings to the FGCA in a governance role will help to strengthen the organization in its mission to serve the community

Scott is an award-winning renewable energy project developer with decades of experience operating, installing, designing, selling and teaching about microhydro technology. He is a founder and president of the non-profit Friends of Renewable Energy BC, and the author of two books on microhydro. He also gives workshops on microhydro at Mother Earth News bookfairs. Scott has been involved with the Fairfield Gonzales Community Association since 2011. He first became involved as a part of the group who planned and installed Fairfield’s first and only community garden, the Fairfield Food Forest. He has served on the Board of the FGCA since 2011, as the liaison to the Garden Committee, and continues to be an active member of the Garden Committee as its technical advisor and irrigation specialist.

Quinn grew up on Moss St and spent the majority of his youth around the trifecta of Moss Rocks, Dallas Rd and Chapman Park. He spent many years living in different parts of the country for school or work and is now grateful to be back in Fairfield to raise a family. Like so many others in Victoria, Quinn is a dedicated public servant working to ensure that the provincial government maintains a high standard of accountability and transparency. In addition, he brings a variety of board experience including a music festival and environmental non-profit. He is ultimately quite grateful to be able to live in a place like Fairfield and provide support to the community through the FGCA’s programs and opportunities.

Joanna has more than 25 years working in the not-for-profit national sport sector followed by 10 years with the provincial government focusing on physical activity, healthy communities and age-friendly communities. She and her husband run a cycling program for kids ages 10-18 and are active in BC’s largest cycling club. She has lived in Gonzales for 24 years, restoring a 1908 heritage house with her family (they’ve all had a part!) and truly appreciates the community’s walkability, schools, variety of businesses, parks and beaches. Her involvement with the CALUC over the past two years stems from her belief in responsible density and community engagement. “Our community members take their responsibilities seriously, but with realistic expectations and enormous good humour. It is a pleasure to work in such an environment.” – former board member